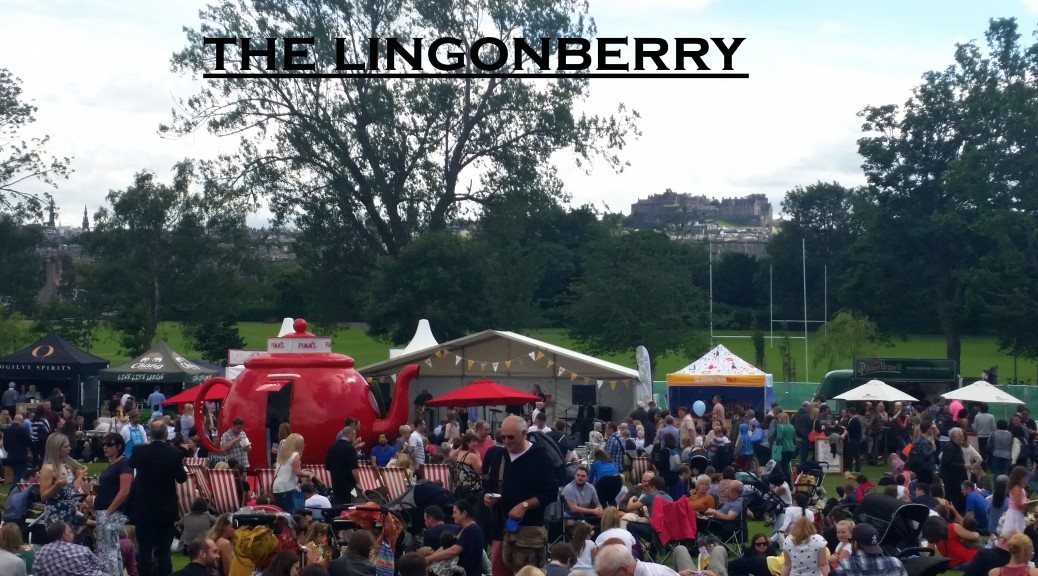 I know that my blog is in the “healthy food & healthy lifestyle” category, and although that’s what I love to blog about, I also love food. Cooking and spending time experimenting in the kitchen are some of my favourite things to do in my spare time, other than exercise. Needless to say, I was SO excited when my Husband told me the Edinburgh Foodie Festival was coming to town- it sounded like a brilliant day out- and something I’m guessing people who read my blog would also like to hear about! We promptly booked a ticket for each of us, seeing as it was on the same day as my Husbands Birthday, so would be a fun thing to do for it.

After waking up and running to the window to check the weather like a 5 year old child, (or the real question- “Has it stopped raining?”) I confirmed to my other half that yes, it was a brilliant day for it- grey, overcast, and only slightly windy with NO rain! Result! Shortly afterwards, while making my first of my many coffees of the day, my clumsiness kicked in and I smashed my cafetière on my foot. Instead of checking to see if I was bleeding (I survived unscathed) my first thought was “Sweet Jesus I will have to face the crowds of the Edinburgh Fringe un-caffeinated”. I could sit here and type out how I attempted to fashion a makeshift filter out of a tea towel, like I was some sort of culinary Bear Grylls, but I shall spare you the details. It didn’t work by the way.

Long story short, we eventually made it to the Foodie Festival, after a walk through Edinburgh city centre. Despite my earlier fears, it was actually a really enjoyable stroll to Inverleith Park- not many people about, the sun was making a rare appearance, and the weather as a whole was improving. On the way to the park we also walked past some incredibly fancy houses, which was also interesting, especially as I later found out these houses go for 1-2 million pounds… ah well I can dream!  Arriving, the festival was busy but not unmanageably. Starting to suffer the effects of extreme caffeine withdrawal, I was happy to see (as I had hoped) that there was some sort of tasty coffee available. 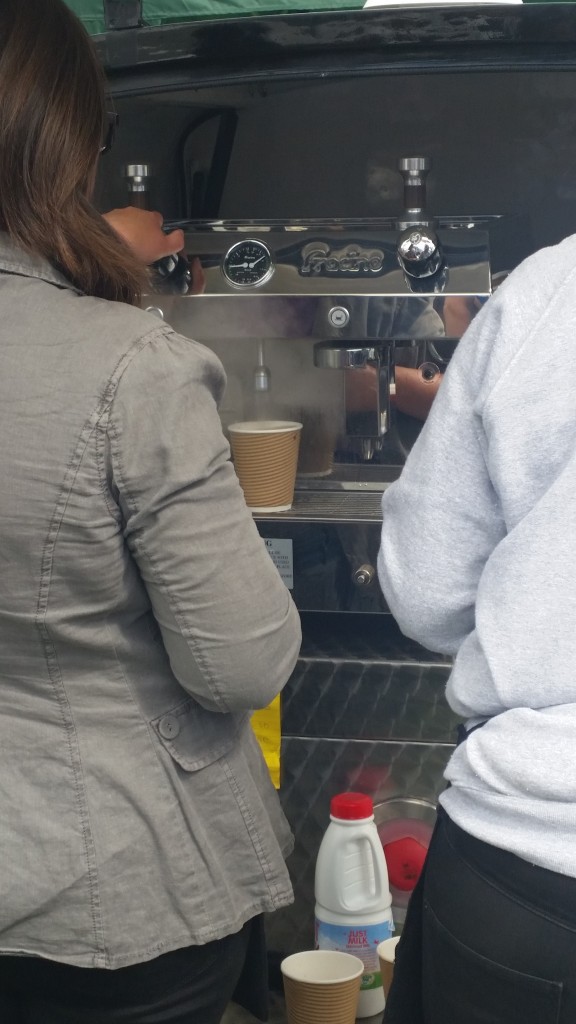 I got my usual Black coffee from the brilliantly named “Steamin a heid” and it was hot, tasty and cured my withdrawal in a matter of seconds. There was so much to see it was hard to take pictures of absolutely everything, but there was some of the tastiest looking food I’ve seen, case in point this paella stand: 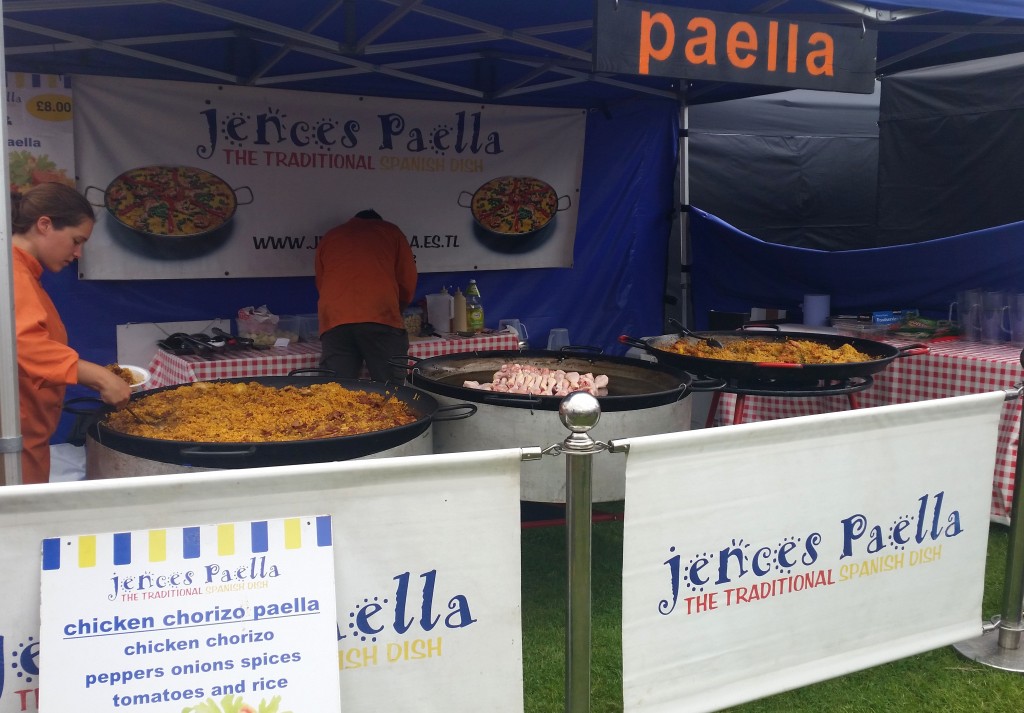 There was also lots of booze- mainly GIN. I have a secret confession- I’m not a fan of gin. I feel everyone tastes something different while I’m sitting there glugging something that tastes uncannily like perfume. Until now. Amongst many (MANY) Gin stands, the Edinburgh Gin distillery stood out with its unusual combinations, colours, and attractive packaging.  Lined up like some sort of magical alcoholic apothecary, I was taken in by it all. 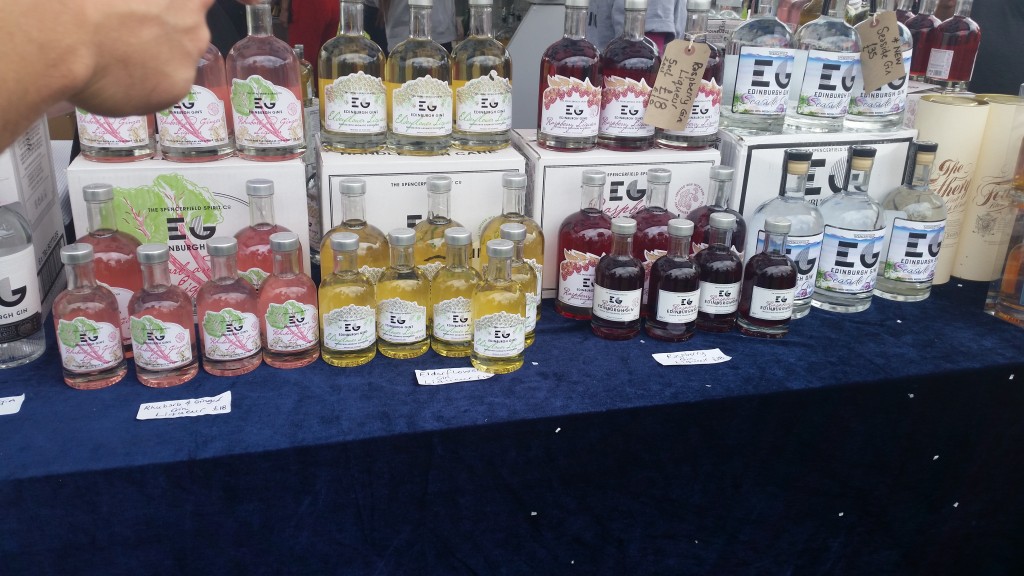 My husband won’t say no to some gin, so he decided to sample some of the “Rhubarb and Ginger Gin Liqueur”. I decided it would be rude not to participate, and also for this reason: free alcohol. 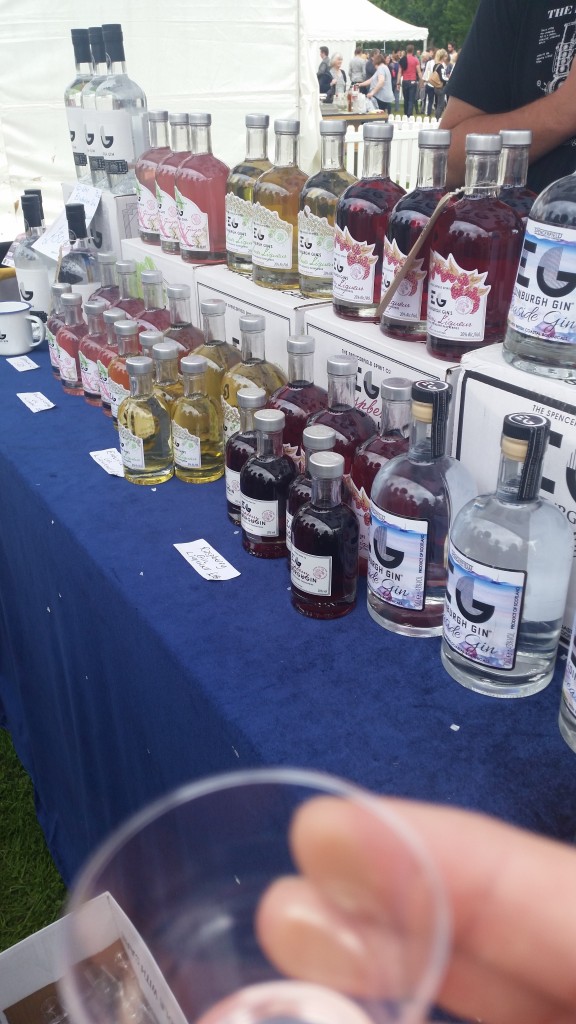 You guys. It was MAGICAL. I know I sound crazy, and no I’m not being paid to say this,  but it was some of the tastiest alcohol I have had the pleasure to sample- and when I am having a cheat day from my healthy eating, I have sampled my fair share of that. As you can see, they do many, many other varieties, but this one is fantastic. Needless to say we promptly purchased a bottle immediately.

After some tasty lunchtime treats of buffalo, pulled pork, and black pudding (although not all together) we went round the festival looking to purchase more goodies. My husband was desperate to try the Liquid Nitrogen ice cream factory- and I was desperate to see how they made it! We queued up at the Whipsmiths Ice cream bar, and after taking his order (banana and espresso) they quickly blasted it together in a cloud of liquid nitrogen, and BAM ice cream. 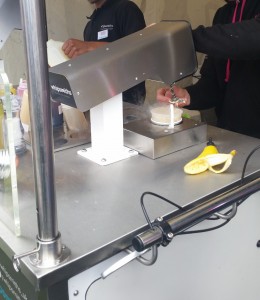 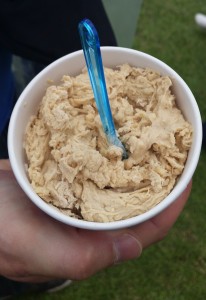 I couldn’t have any because I have a dairy allergy (I think I’ve mentioned this in some previous recipes), but my husband did say that it was “ The smoothest and one of the tastiest ice creams he’d ever eaten”. Success there then!

I was feeling left out now, and wanting my own treat I went in search of something I could have. I found “Mademoiselle Macarons” stall, and after staring at all the beautiful flavours, 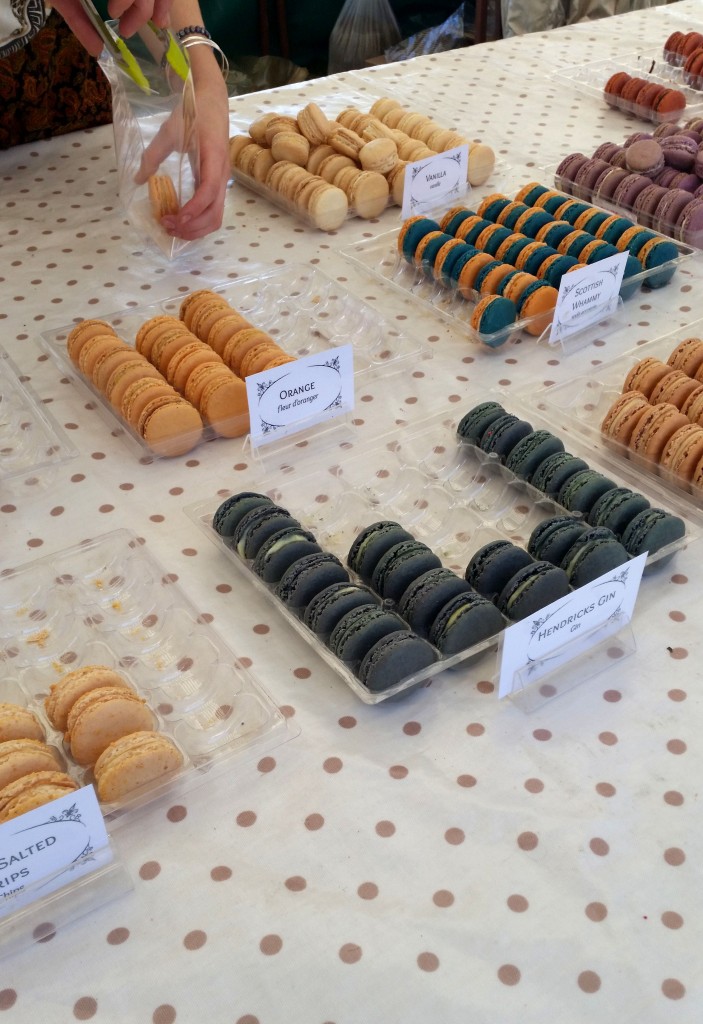 I had already prepared myself for the news that none would be suitable for me. A friendly face popped up from under the counter, and informed me that actually yes, they did stock some dairy free options! This made me so happy! Biting into one almost seconds after purchasing, it was the perfect amount of soft, sweet goodness, but with a perfectly crisp shell. I’ll definitely be going back there for more when I’m on a cheat day! Also, on another note, in terms of “food and drink trends” Macarons are still up there along with Gin. I think I saw about 3 Macaron stands, maybe more!

After indulging, I wandered around to see if there was anything that I could experiment with for my day to day cooking- I was looking at some new foods I could incorporate into my healthy eating. I found a cool stall called “SeaVeg” that sold different types of seaweed/sea veg. 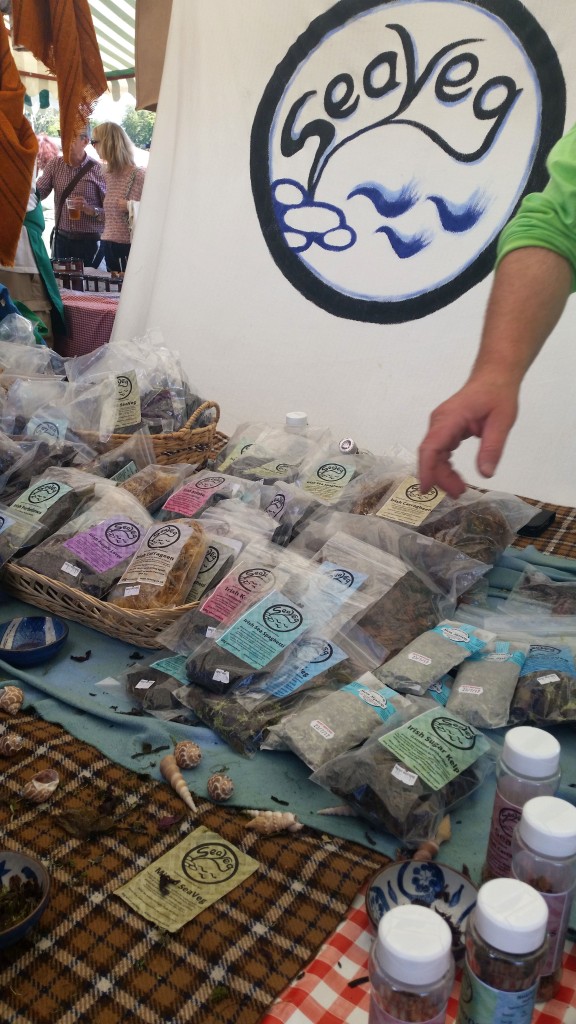 I love seaweed, and after tasting a sample of the mixed sea veg, I quickly purchased a bag of it. It had the classic seaweed taste, a lot like the Nori you get on sushi, but was incredibly salty and crisp. (I love salt and savoury tastes). There was such a large selection, but I thought I would stick with this mixed bag for now. Just along that same row of stalls, there was a lady selling her homemade teas, called “Miss Integritea”.  I know I’m a total coffee person myself, but I do like a nice tea from time to time! There was a large selection, but my own personal issue is my energy level- it’s probably why I drink so much coffee. Because of that, I was instantly drawn to the Energy Tea.

I bought a packet, and actually am drinking a cup as I’m typing this out! It has a nice herbal flavour, mainly quite minty but with some interesting tastes in it- likely the Hibiscus it also contains (of which the flowers are still whole in the tea mix- I liked that!) I would say it is one of my favourite herbal teas I’ve purchased to date. While I was pottering about, my Husband had found “The Marshmallow Lady” stand. 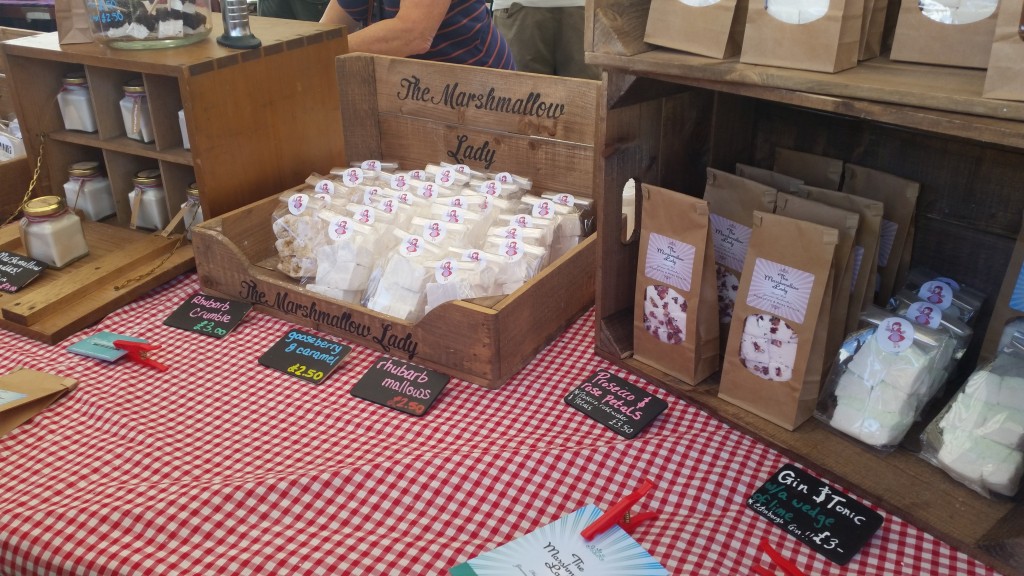 I’d heard about this company before, as I’m always interested in people who start up their own food businesses, especially those based here in Scotland- but also because some people I know had been raving about how good it was. My husband promptly bought a bag after a number of free samples were handed out, and it was dairy free so I could enjoy some of it too! It was SO GOOD. It wasn’t heavy and chewy like some shop bought stuff, but more like soft and fluffy, with plenty of flavour too. I can see why people rave about it.

Spending the rest of the day wandering around and taking everything in, there was plenty to see and taste. Plenty of demonstrations, interesting stalls, amazing food, and plenty of booze! I could go on about it all day, but instead I thought I would finish up with some pictures I took from the rest of the afternoon. 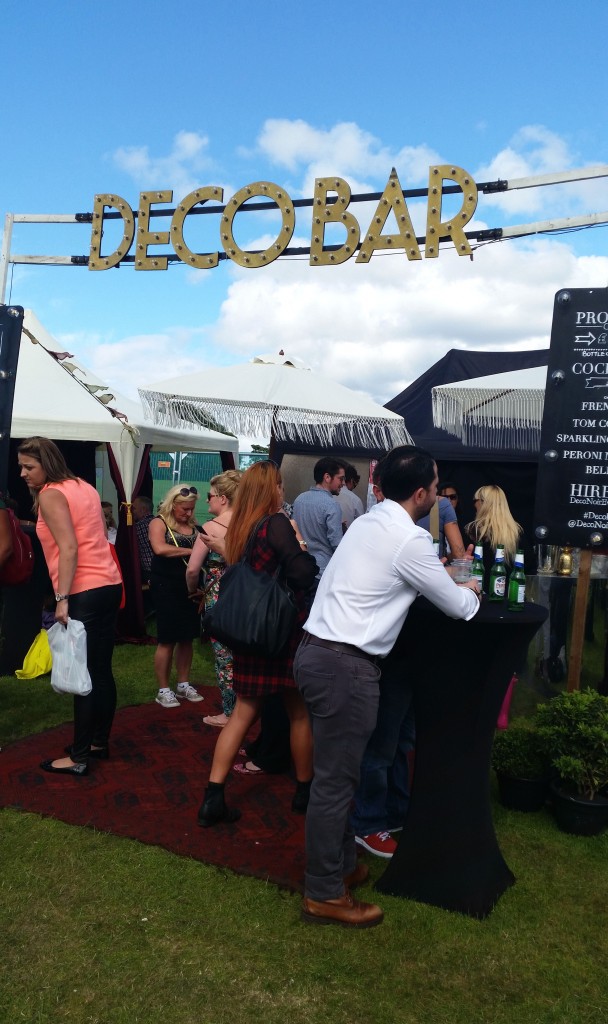 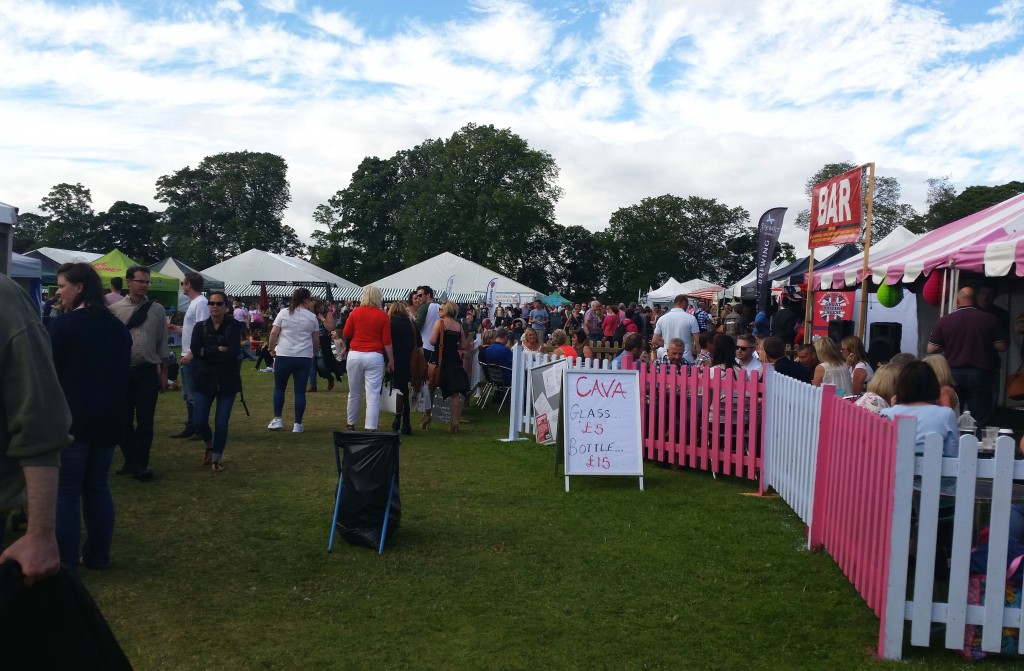 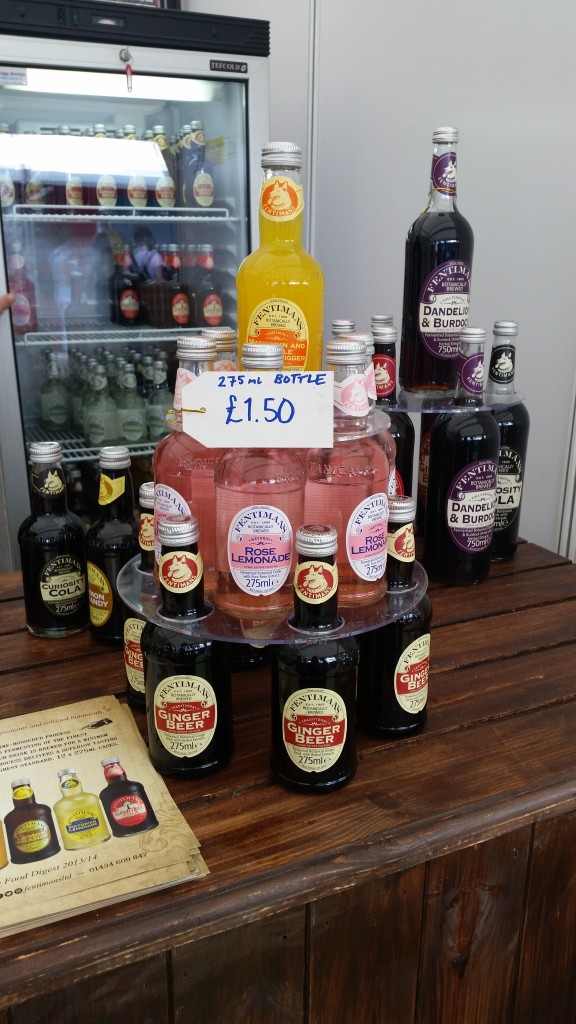 Links to all companies mentioned:

Please note: all opinions in this article are my own and I was not paid/compensated for this. All pictures are my own.