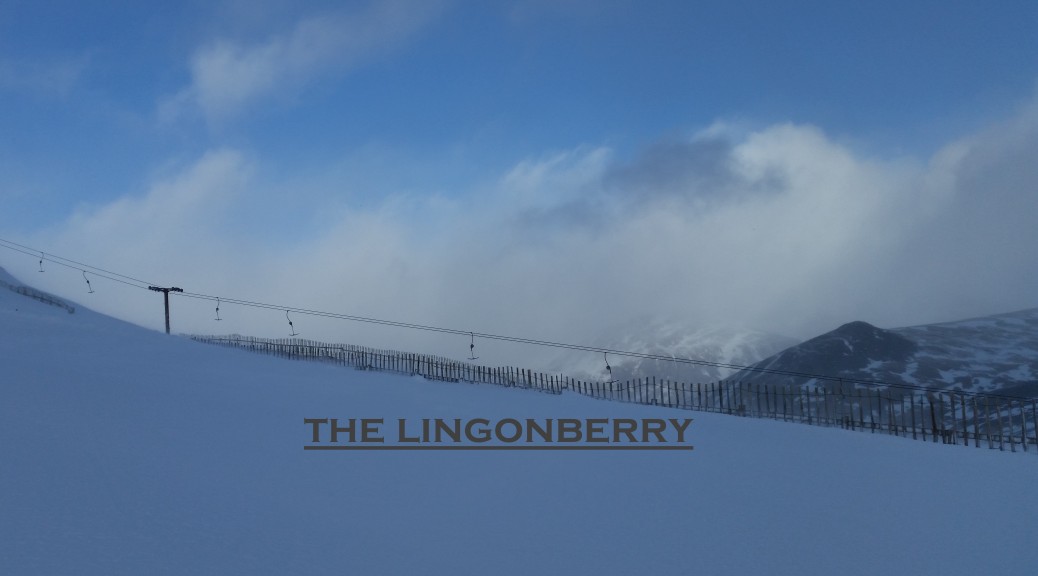 After my previous posts covering some of my favourite healthy eating recipes, I thought it was high time to cover the ‘healthy lifestyle’ aspect of my blog. Although I anticipate the majority of posts to be in the food and drink category, I thought it would be nice to occasionally cover some of the sports/ fitness related hobbies I engage in- of which there are many!

This past Sunday I had arranged to go snowboarding with one of my friends- one of my favourite hobbies.  I’d previously recently been to Glencoe earlier in the year, which was beautiful, but Glenshee still remains my favourite location. Maybe I prefer Glenshee because it’s where I first learnt to snowboard, or maybe I prefer it because I find the Glencoe chairlift terrifying!

On the morning of the trip, the first step was checking the snowfall, and checking the road was open.  The good news was that there was decent snow, and open road- but the bad news was that now I had to get out of my bed at an ungodly hour to get ready. Getting up in the morning has always been something I struggle with, and mornings are certainly not my forte. One large cup of strong black coffee and I felt ready to tackle the day (sort of).

After driving to Perth to meet up with my friend Justine, another coffee (yes I wasn’t joking when I said I struggle in the morning) and about an hour on the road, we finally got to Glenshee. The snow was enough that a good number of the lifts were operating, and plenty of the runs had great snow coverage.

Chucking ourselves off the chairlift, the first run we decided on had a small handful of people trying it out, so a good choice to get started due to it being quiet. It became apparent the reason it was so quiet was due to the T-Bar lift beside it being closed (probably due to wind), so the only way up was walking. Halfway up the run was enough to get started, and also trekking up the slope with snowboards proved pretty tiring work. 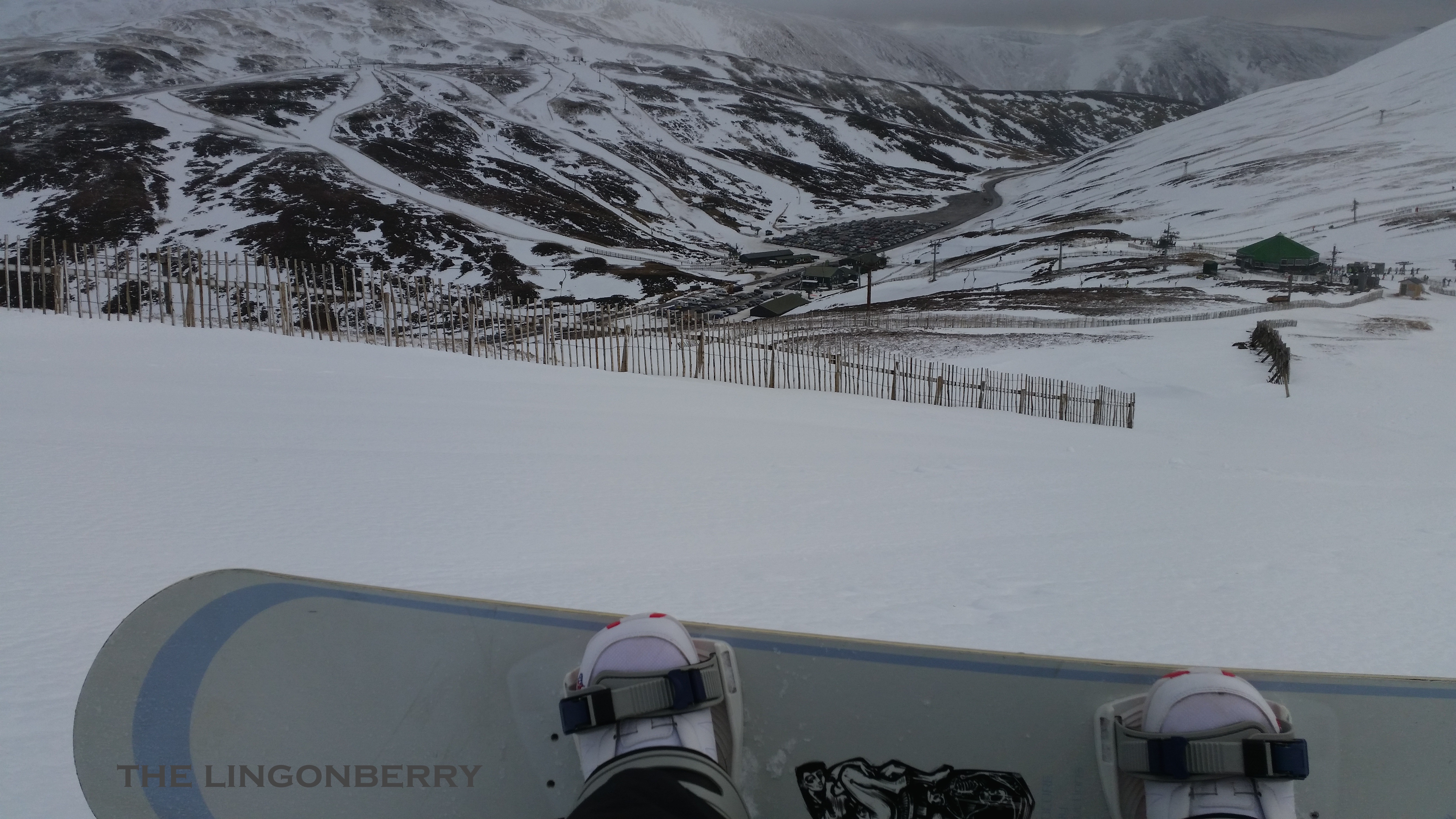 After taking in the beautiful view, we strapped on our boards and headed down. Being a quiet slope, the powder was untouched in the majority of places, which meant we had the fresh stuff all to ourselves! The run itself was my favourite of the day- smooth fresh powder, making picking up speed and the ride down itself feel effortless and weightless.

After a while we soon split up as we wanted to ride different runs and try some different stuff- I decided I was making it my personal mission to walk to the top of the quiet run, to get more of the fresh stuff. The weather set in fast- as it tends to at these heights- and halfway up I found myself in the middle of a windy snowstorm. After being blown off my feet a number of times, I sat at the fence side and waited for it to pass through. Pressing on, I eventually got nearer to the top, where I was completely alone, just myself and the T- Bar lift, swinging in the wind. 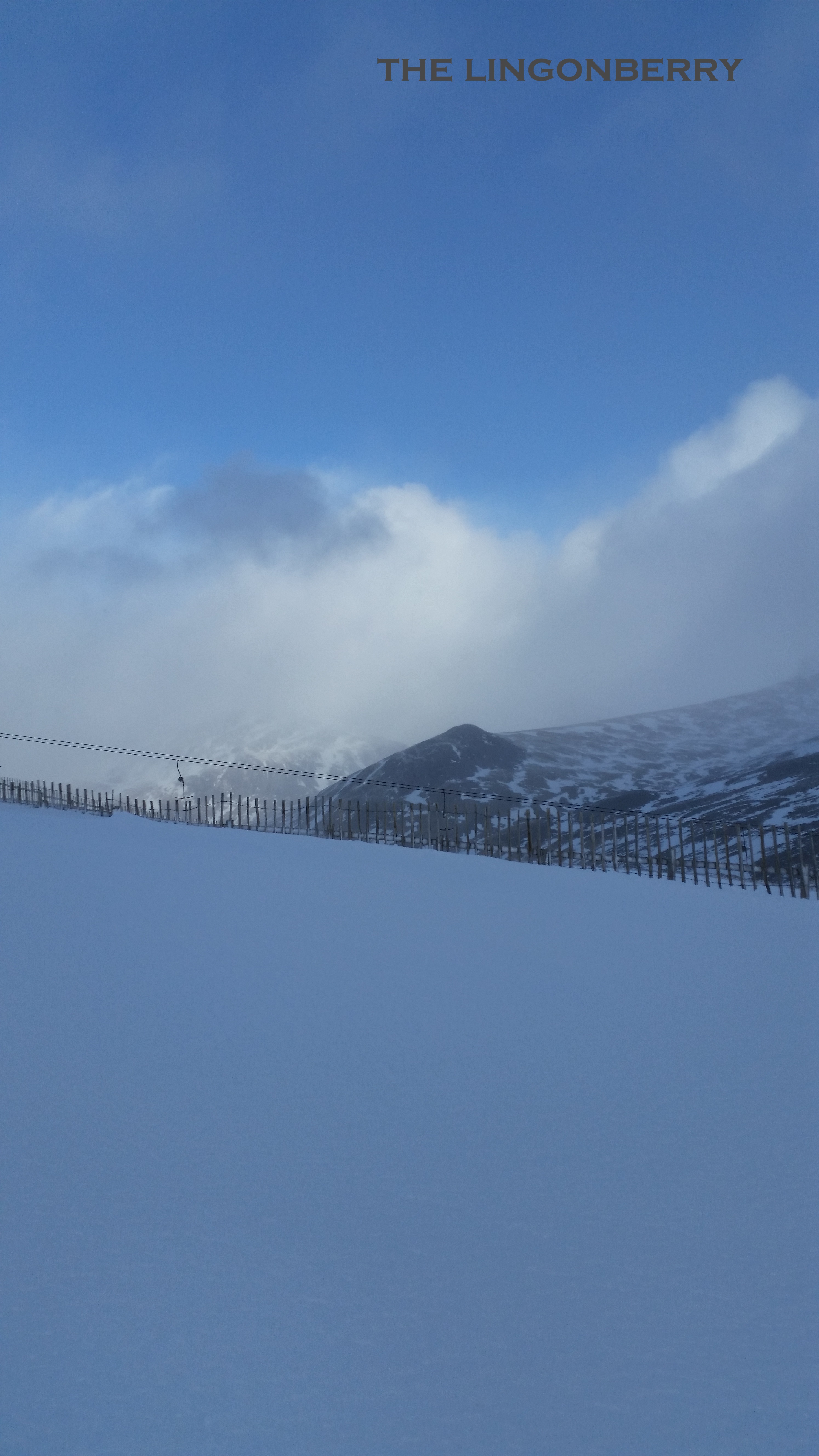 The snow was deep, soft and getting hard to trudge through, so I decided this was as good a place to stop as the top. As the lift was shut and no one else had decided to walk this far, it was silent apart from the wind whipping up the snow around me. I started to head down, the soft fresh powder being an ideal surface to try and practice getting my carving technique down (I have a long way to go as far as that’s concerned). Nearing the end I couldn’t help but favour my usual “I’m going to skip the turns and throw myself down here to see how fast I can go” method, however nearing the end I hit some solid icy patches with some spiky grass, and ate snow as I tumbled down the end. Luckily the only thing damaged was my pride!

We met up for some hard earned food and drink (more coffee for me) and sat in the warm café for some chatting and people watching, two of my other favourite pastimes! 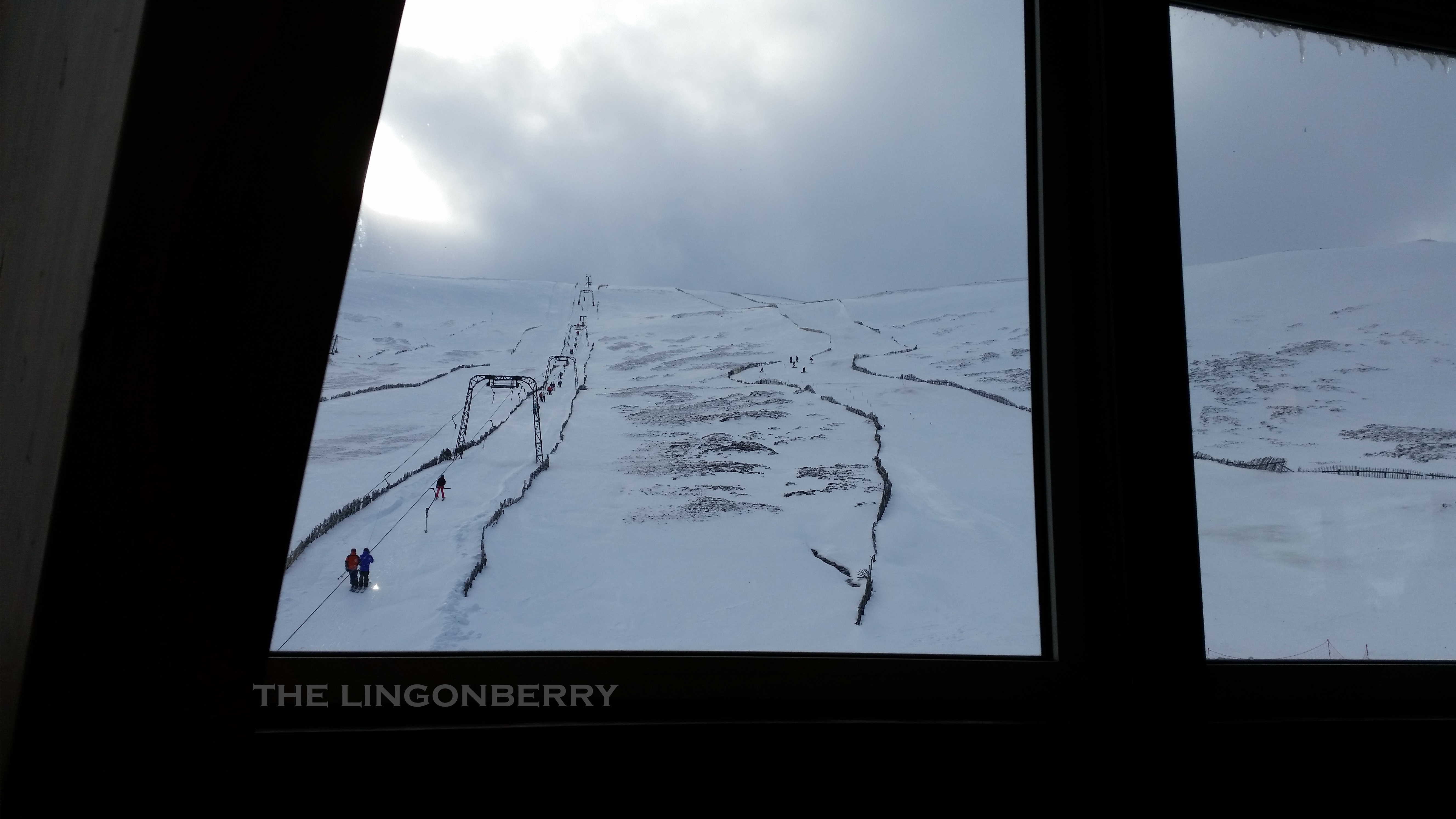 Time was getting on at this point, and we decided to have one last quick go on some runs before we headed home for the day. Justine tried to get me to try out one of the poma lifts, but me having a fear of the stupid things (yes seriously, it stems from past poma-related injuries) I decided against it, and instead walked up another run. Maybe next time I’ll finally master the poma and get over my fear!

After finishing off for the day we headed back to the car, tired, slightly sore and bruised, but having had one of the best Sundays for a while.