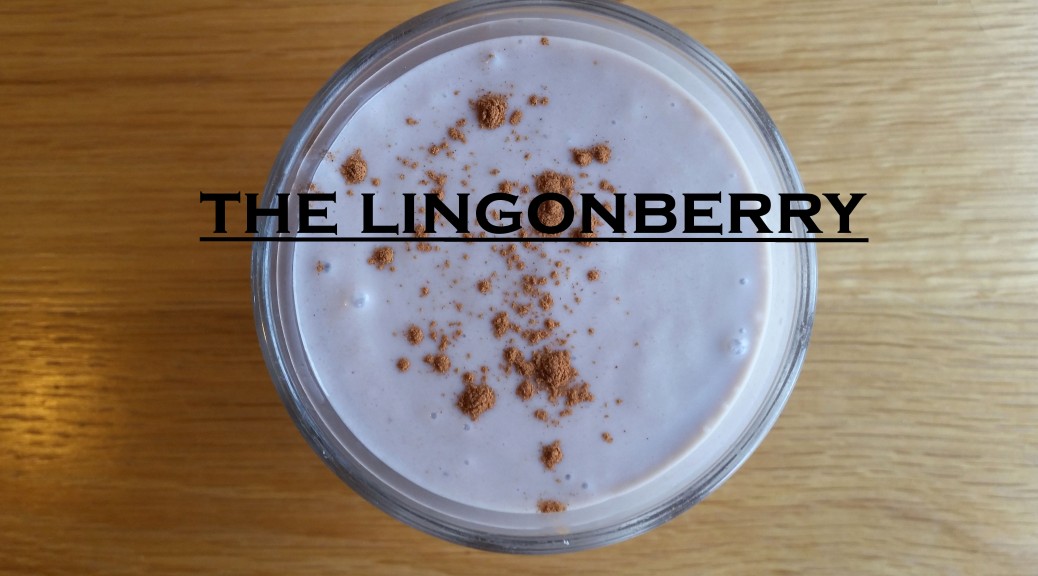 Since I’m back on my healthy eating again after spending last weekend at the brilliant Edinburgh Foodie Festival I thought it would be a good opportunity to post my favourite protein shake (well it’s really a smoothie I suppose, but never mind, I’m calling it a shake) of the moment. I’ve recently greatly increased my Muay Thai training, so have been raising my protein intake, and calories, as a result. It’s worth mentioning that this is designed to be eaten as a meal, like for breakfast, for example.

Most people when you say “protein shake” would probably gag at the thought (I’ve tried a few shakes that have been pretty tough on the old taste buds to be fair) but this one is tasty and incredibly filling. I got the idea for this recipe off one of the shakes in this great article (“48 delicious protein shake recipes”- specifically the Banana Almond cream shake) I saw on Bodybuilding.com, and changed it up to better suit myself!

To make this, you will need: 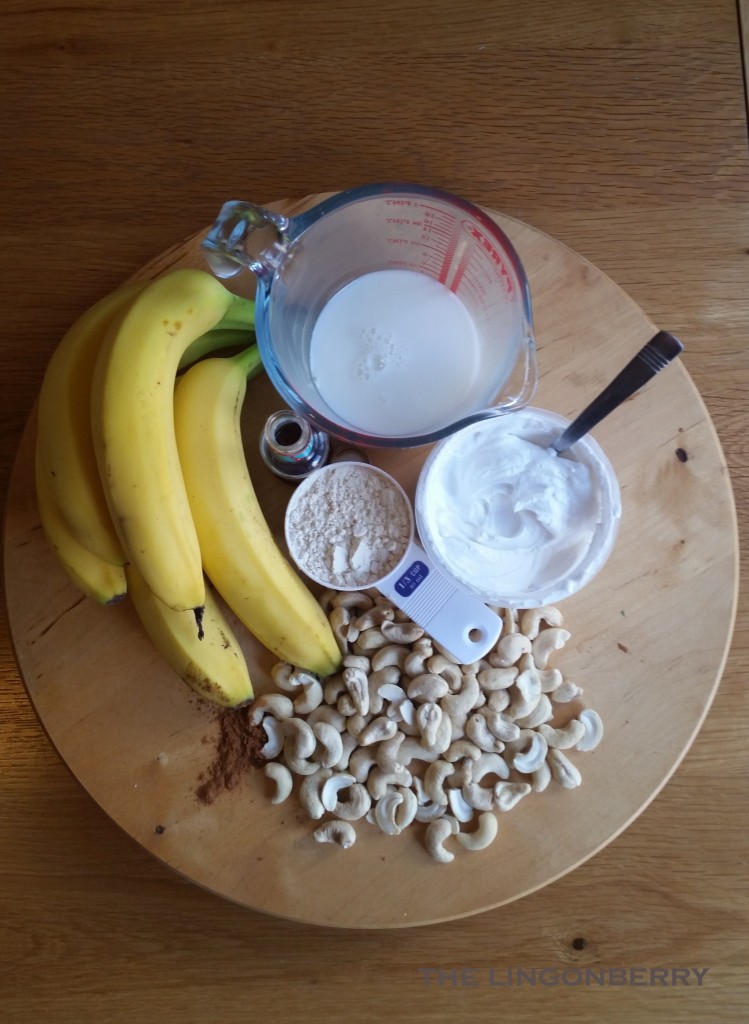 **Note: Due to my protein powder, you may need less or more milk, as mine tends to act as a strong thickener.

150ml of Coconut milk (This will vary)

The first step is to make the cashew butter- but if you don’t fancy making your own (and saving yourself doing the resulting washing up in the process!) then shop bought cashew butter is perfect for the job too. I explain how I make your own cashew butter in my “Sweet cashew stuffed dates” here, and I would also ask that you don’t judge me on my very dark photos. My earlier posts when I first started my blog were done at night, in the dark, with no natural light… I think the difference is obvious!

Anyway, once you’ve prepared the cashew butter, it’s time to blend the bananas with the protein powder. This should make a thick mixture, as no thin liquids have been added yet. 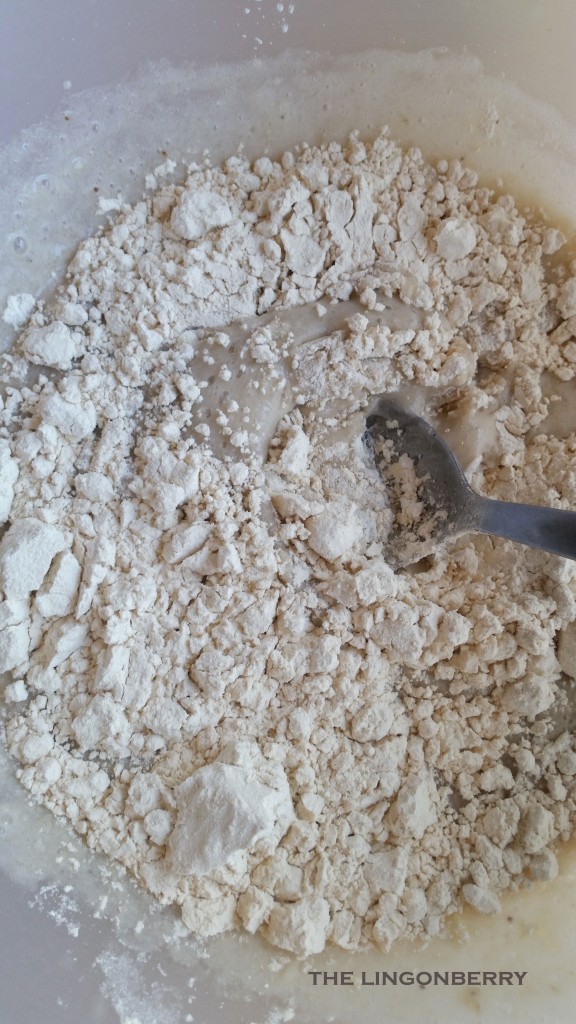 Next, add in the cashew butter, coconut yoghurt, cinnamon, and vanilla. 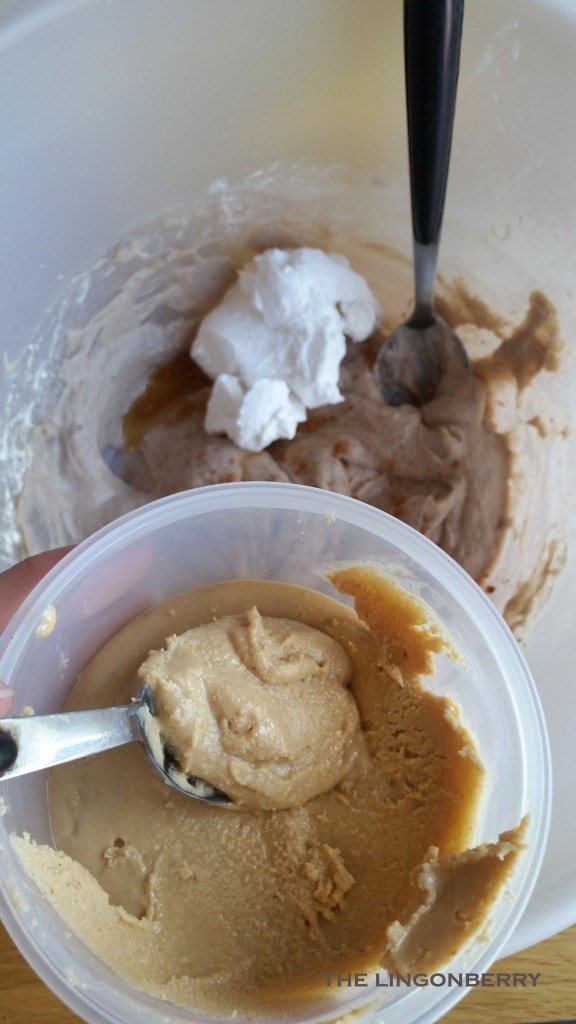 Blend the mixture thoroughly until it’s smooth, then add in the coconut milk until you achieve a shake- like consistency.  On a side note, I made my own cashew butter for this- and if there is anything better in the food world than eating fresh cashew butter out a tub then I have yet to find it! Pour into a glass (with some ice if you fancy), top with a sprinkle of cinnamon and drink straight away! Seriously though, drink it straight away, because protein shakes don’t keep well! 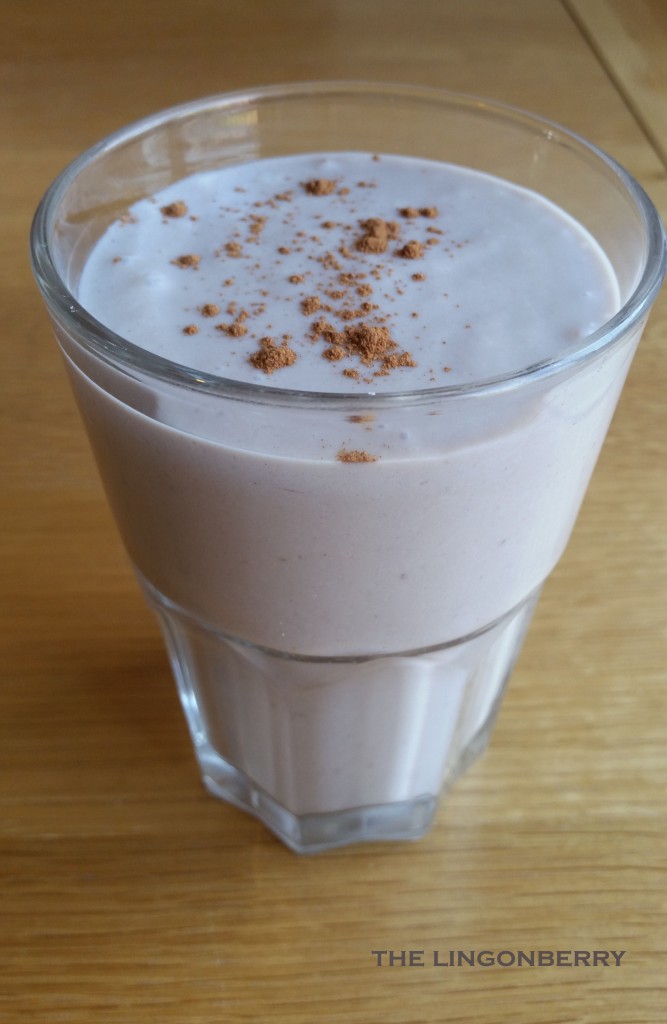 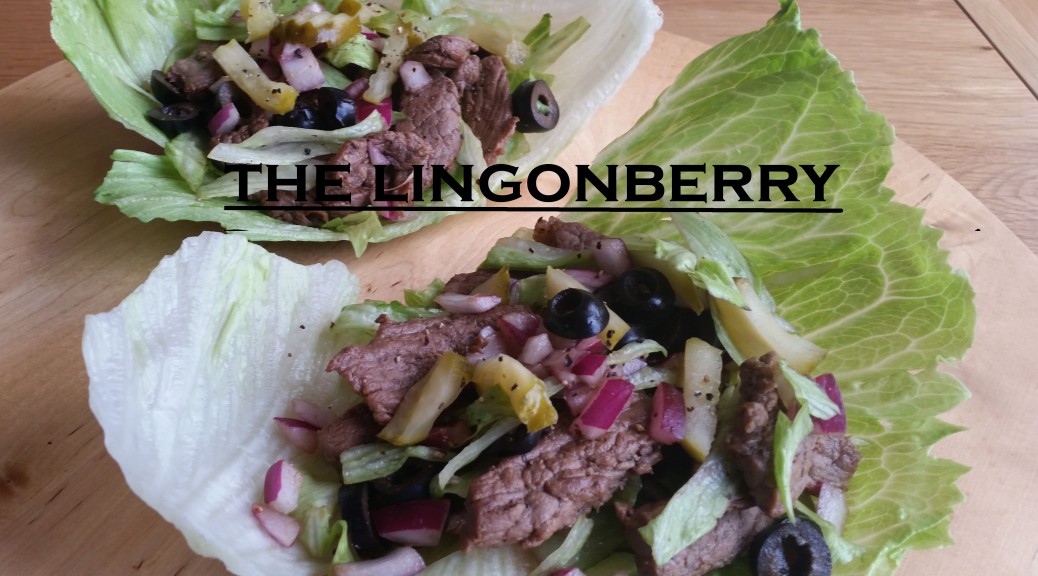 Using lettuce instead of a bun or bread is really common thing with people doing “Low carb” diets, and you’ve probably seen it a lot in restaurants as the “lighter” option when it comes to burgers and such. I decided to use lettuce as the bun in this recipe as I was actually trying to recreate my favourite sub from Subway- but without the bread! Also as my previous recipe had been quite filling & carbtastic,  I decided something lighter would be nice.

For this recipe you will need: 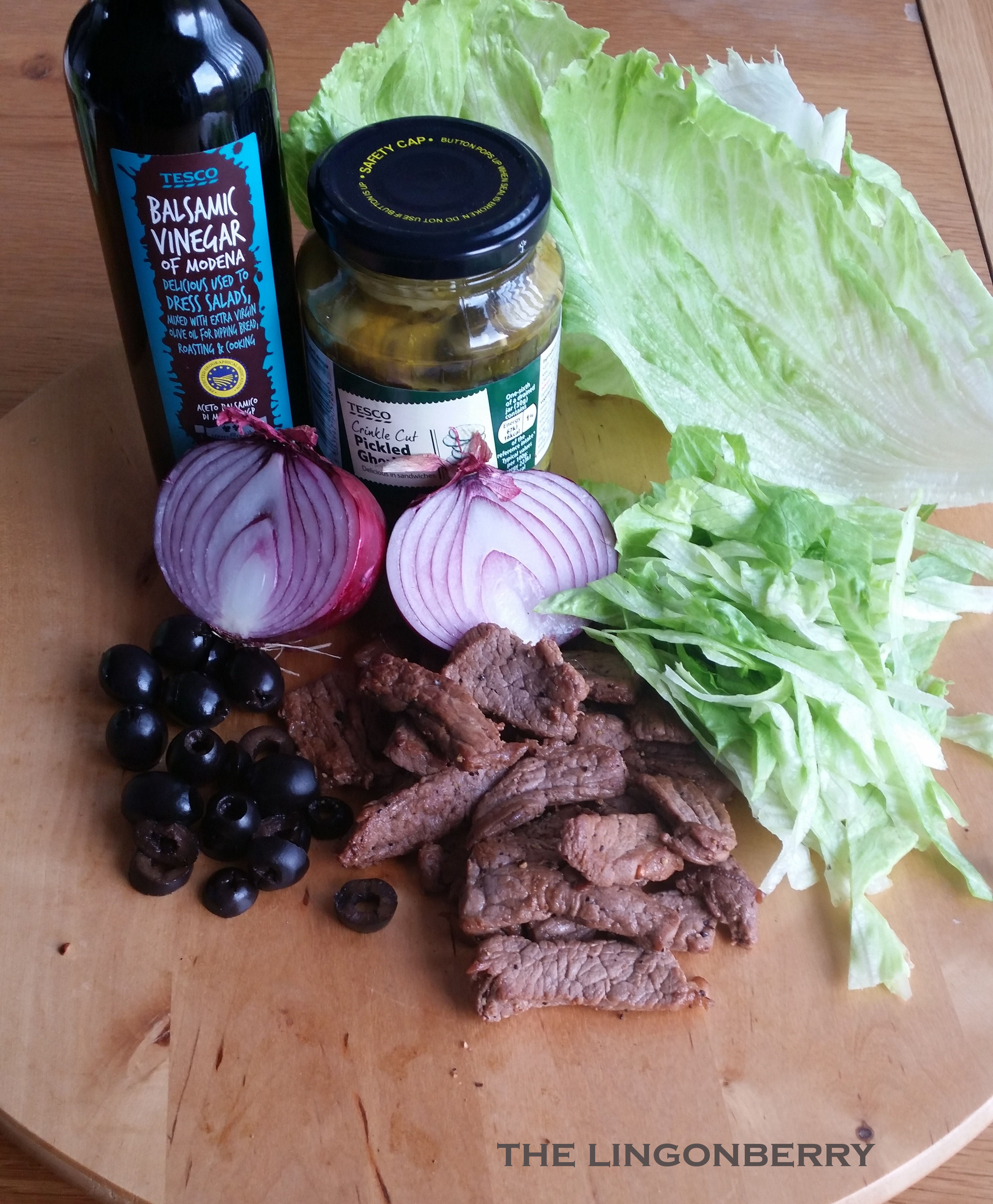 1 x Iceberg Lettuce (you won’t need all of it)

Handful of Black olives (or whatever type you prefer)

Salt, Pepper, and teaspoon of oil to fry.

This is such an easy recipe to make, and it’s also surprisingly filling too. I know some of the ingredients are somewhat controversial, as a lot of people regard olives and gherkins as the “Marmite(s?)” of the ingredients world- with people either loving or hating them- but you can always substitute out what you don’t like for something you do. My salad choices can be a little odd to most people, given the fact that I despise cucumber and tomatoes.  Don’t ask me how I love gherkins when I hate cucumbers- I have no idea.

Anyway, the first part is to carefully peel (I hate that word for some reason) the lettuce leaves off one by one, until you find two good “bowls” for the salad. Wash all the leaves, and cut up about 3 of them for the salad part itself. You can use less if you like, as I’ve said before on my blog, I am extremely greedy! Next is to chop up the steak into bite size strips- cutting off any fatty rind- and fry in a little oil. While frying, add in some cracked black pepper and sea salt- also you could add any other spices that take your fancy. Once done, put aside on a plate to cool, as I make this salad to be eaten cold/coldish. 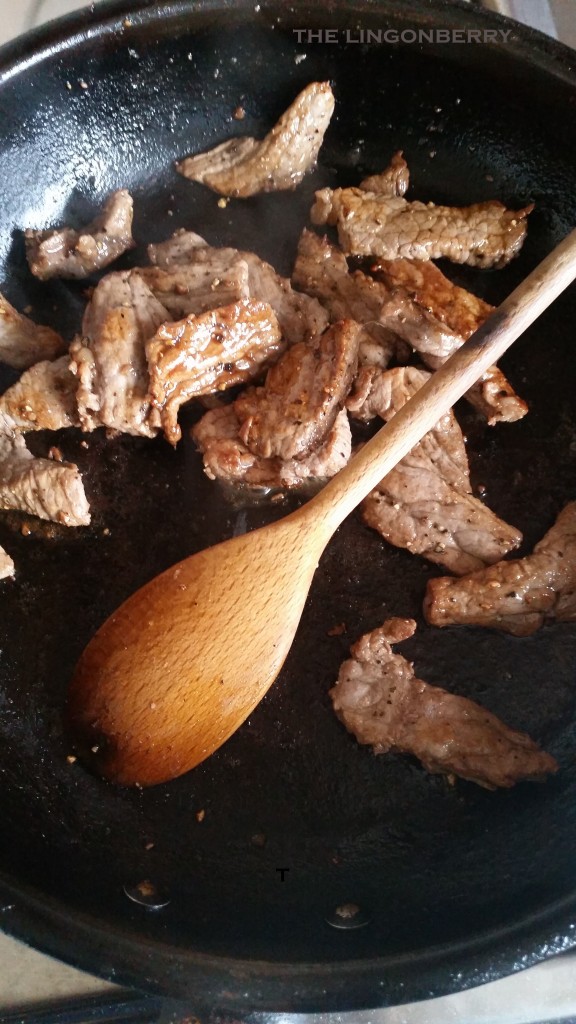 The last part is the prep of the other ingredients and the assemblage.  Simply chop the red onion, black olives and gherkins. Then, mix together the steak, chopped lettuce, olives, and onion in a bowl, finishing off with a drizzle of balsamic vinegar to dress. 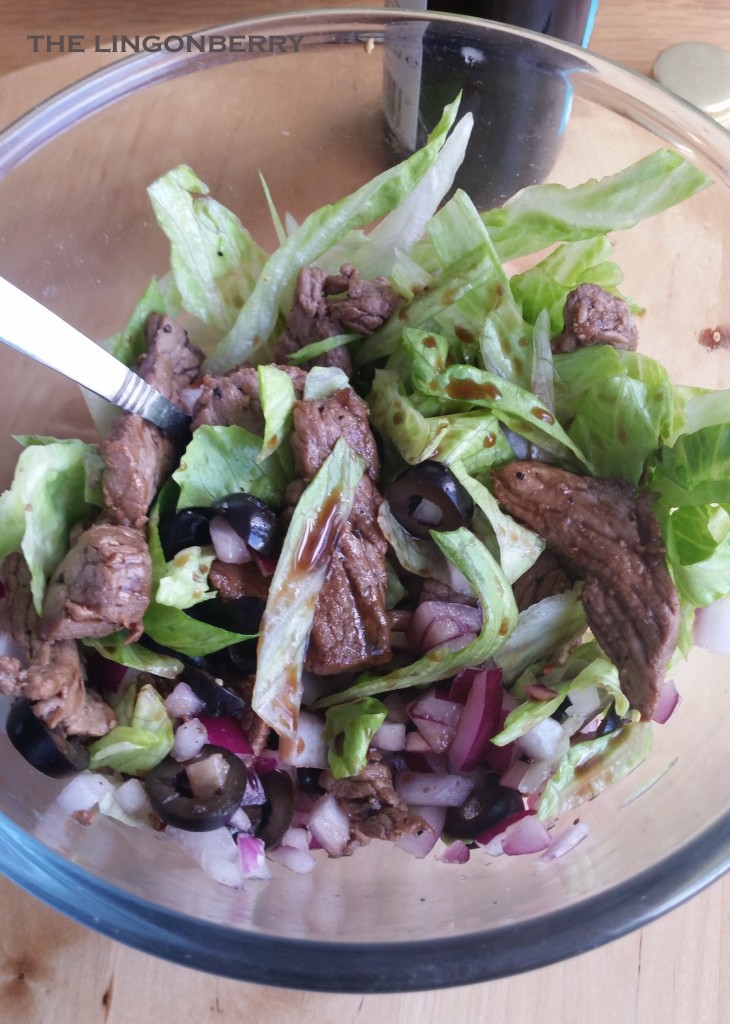 I looked in the shops for a nice salad dressing, but the fat content and sugar content was off the charts- even with the “low fat” and “healthy” marketed options. So my tip here is: ALWAYS make your own dressing if you are trying to eat healthily, as that way you know exactly what is in it, and how much fat, sugar etc. it contains. Lastly, fill the lettuce “bowls” with the salad mixture, and top with the chopped gherkins. I also like an extra bit of pepper for the heat! 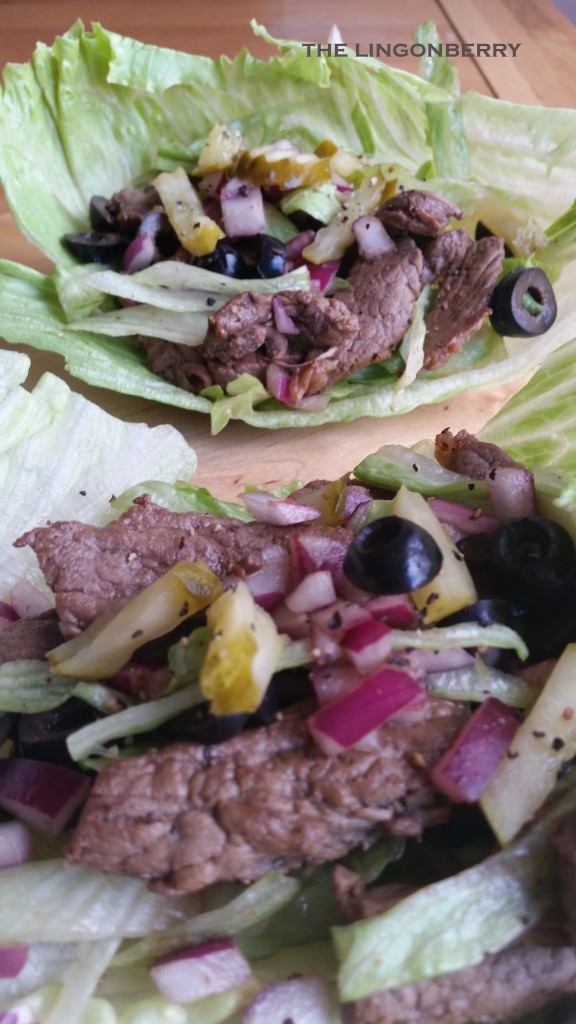